Hello, my stamping friend.
Today I am sharing another card featuring Eastern Palace bundle. The die is amazing with endless possibilities. And the designer paper is so versatile. For the first time I actually used entire pack of the paper already!
Here is a card in Tranquil Tide (new In-Color): 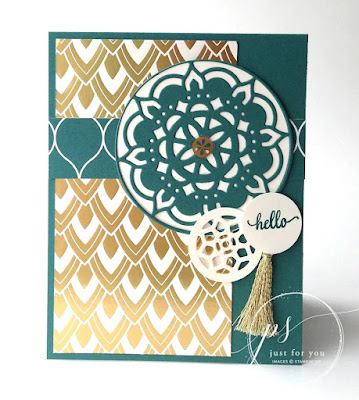 Measurements:
Instructions:
Hope you like it. The bundle is available till the end of the month and is a great deal as you get 2 items included for free. Order yours today and receive set of cards from me!
Hostess Code is: HNDCV9RR.